Bucklin Winery was founded by the four Bucklin siblings, Arden, Kate, Ted and Will. They were all born and raised in San Francisco but began their inexorable march toward Sonoma in 1958, when their grandmother Adelaid purchased a ranch near the base of Hood Mountain near Kenwood in the Sonoma Valley. They spent their formative years on the ranch, riding horses, clearing brush and (for Will, at least) wishing they were in San Francisco with their friends. Then in 1972, their mother Anne moved to Glen Ellen when she married Otto Teller. Otto grew flowers commercially, while Anne began selling her home-grown vegetables from a roadside stand on Hwy 12. Over the decades their farm grew into a fully-fledged operation, while the siblings went off to pursue various adventures only to end up back in Sonoma.

In 1980, a hand-painted sign on Hwy 12 indicated a vineyard named Old Hill Ranch was “for sale by owner.” The sign lingered, and at Anne’s insistence, Otto ventured over to find an ancient vineyard mostly obscured by blackberries and abandoned cars. According to family lore, Otto purchased the vineyard that day and set about clearing and saving the vineyard. Today, Will Bucklin and his wife Lizanne live on, and farm, Old Hill. 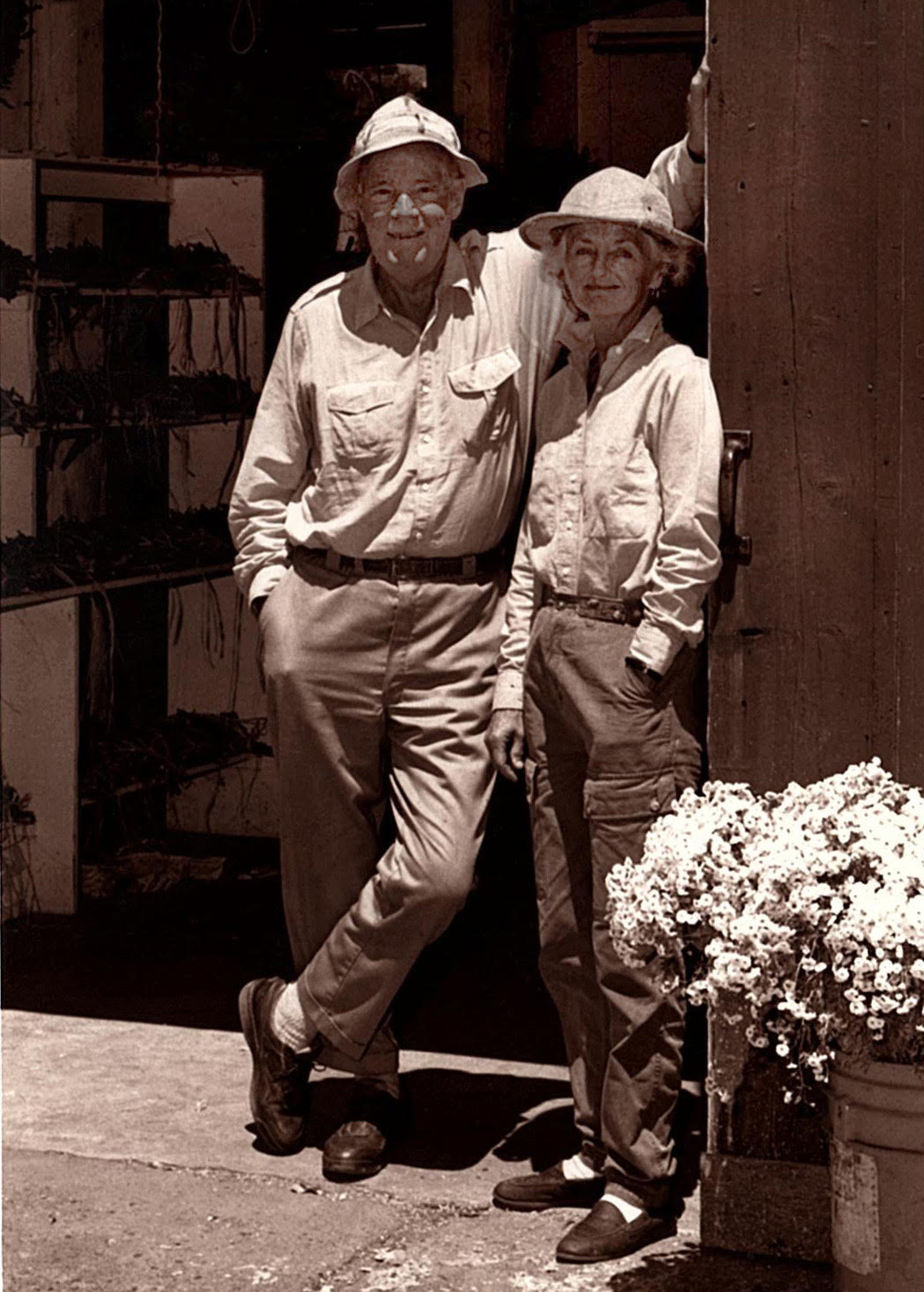 It’s impossible to describe Otto Teller in a few sentences, but David Darlington captured his personality beautifully in an article written for Joel Peterson at Ravenswood Winery after Otto’s death in 1998:

“a big, irascible, and exasperating figure who was generous to a fault, prodigious in his creative and generative energy, and uncompromising in his devotion to the natural world and the quality of life… an environmentalist and organic farmer decades before those pursuits became politically correct.”

Otto, or “Mose” as his friends knew him, was born on a farm outside Cleveland, Ohio in 1908. He left the Midwest to study at the University of California at Berkeley, and his career included a stint delivering ice via Clydesdale-drawn buggy, and selling clothing for Hastings clothing company during the Depression. Mose was the first California member of the environmental group Trout Unlimited and established a 1300-acre wildlife refuge in western Montana, making frequent trips there with his wife Elena before she passed away in 1973. In 1976, Mose founded the Sonoma Land Trust; this was the same year he met his future wife Anne. 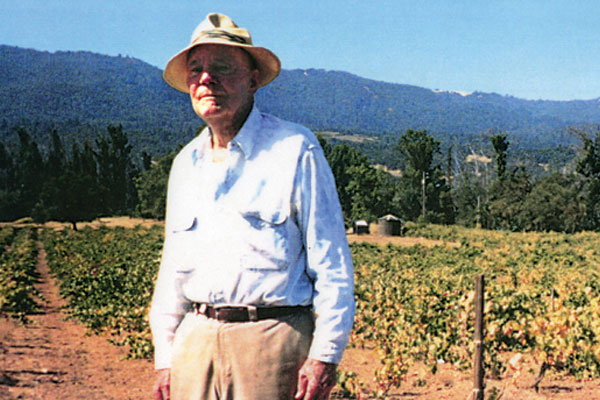 Otto and Anne met at a dinner party given by friends who thought the two might get along. “We did, right off the bat,” Anne is quoted in Darlington’s article. “We were both interested in bees and honey and Mexican culture and growing things. And we shared a deep interest in wildness and unmanaged places.”

Anne, a landscape gardener, had grown up in Palo Alto, a descendant of a Danish family that had settled in Petaluma in the 1800s, dairy farming on D Street. Some of her fondest childhood memories were of milking cows, feeding pigs, and cleaning out chicken coops. Later, however, her father forsook family travel north of the Golden Gate Bridge, claiming that there was “too much country” there. Anne's mother crossed him up by purchasing 280 acres on Hood Mountain in the Mayacamas Range. Anne raised her own family in foggy San Francisco, but the family retreated up Sonoma Valley to the Hood Mountain ranch for the summers. Driving on Highway 12 past the geese and peach blossoms of Oak Hill Farm, Anne always thought it seemed like an interesting place. And when she and Otto married in 1976, she joined him in tending to the farm, and in 1981, they purchased Old Hill Ranch, just across the road. 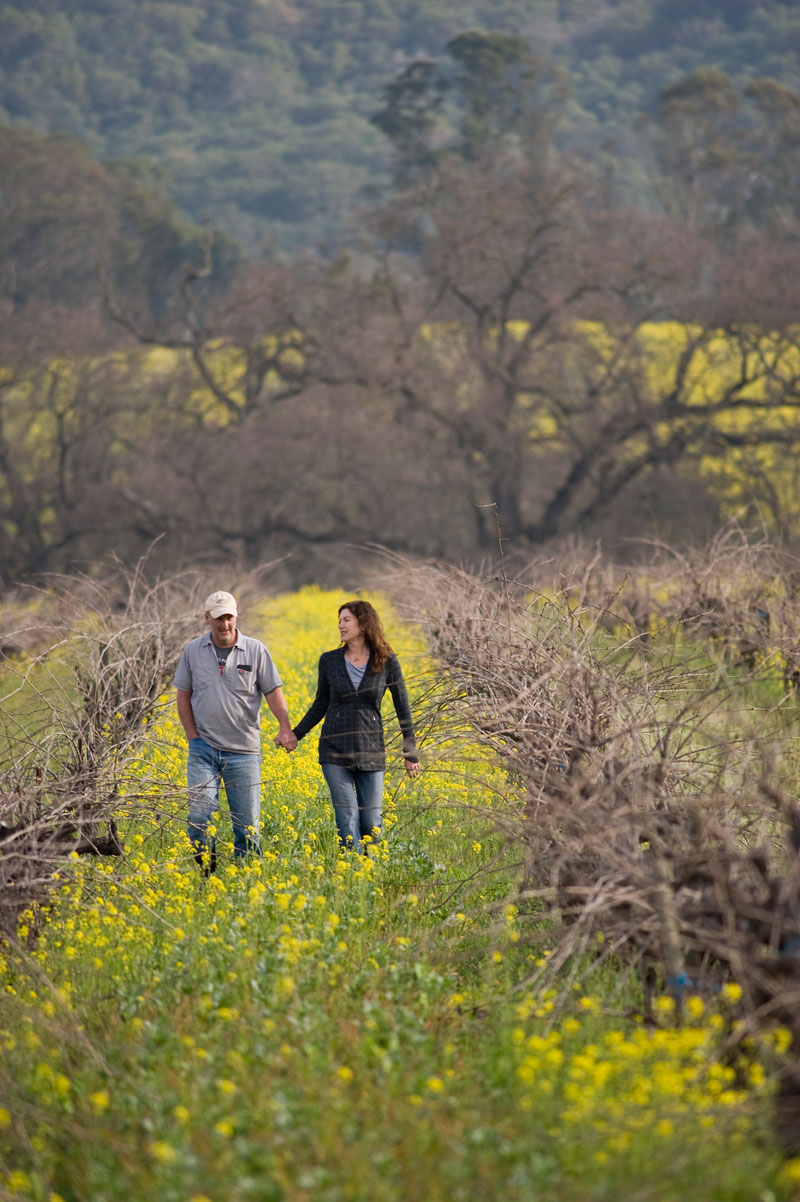 Anne Teller’s son Will Bucklin and his wife Lizanne Pastore live on, and manage, Old Hill Ranch. They met in 2002, united by their similar old, beater Saabs and their passion for growing things. Lizanne proposed in 2006 at their favorite local restaurant, and they married a year later in the vineyard under a big blooming Buckeye.

Will had been raised in San Francisco and Hood Mountain—luckily for him, his godparents were oenophiles who gave him a bottle of wine each year until his 21st birthday (and what a birthday it was!) He went on to study Enology at UC Davis, then traveled to France after his graduation in 1985 for an internship at Chateau Lafite Rothschild. Will also worked in Australia at Thomas Hardy and Sons, and then in Mendocino at Navarro winery where he was infected with the Pinot Noir bug. In 1992, he moved to Oregon to become winemaker for King Estate. In 2000, at the insistence of his brother Ted, who was managing both family businesses – Oak Hill Farm and Old Hill Ranch—he moved back to California to live on Old Hill Ranch, manage the vineyard, and help found the family winery.

Lizanne drove West from Connecticut in the summer of ‘89 and never looked back. She arrived in San Francisco just in time for the big Quake. She pursued her career in physical therapy and started her own business, which she still owns, specializing in the unusual-but-much-needed area of the pelvis and pelvic floor. (For those daring enough to ask, here you go.) Lizanne has become an obsessive beekeeper and Bucklin devotee (to the wine, not the husband—she just tolerates the husband.) She’ll give you a taste of her bees’ honey if you are deemed worthy. Neither Lizanne nor Will drive Saabs anymore. 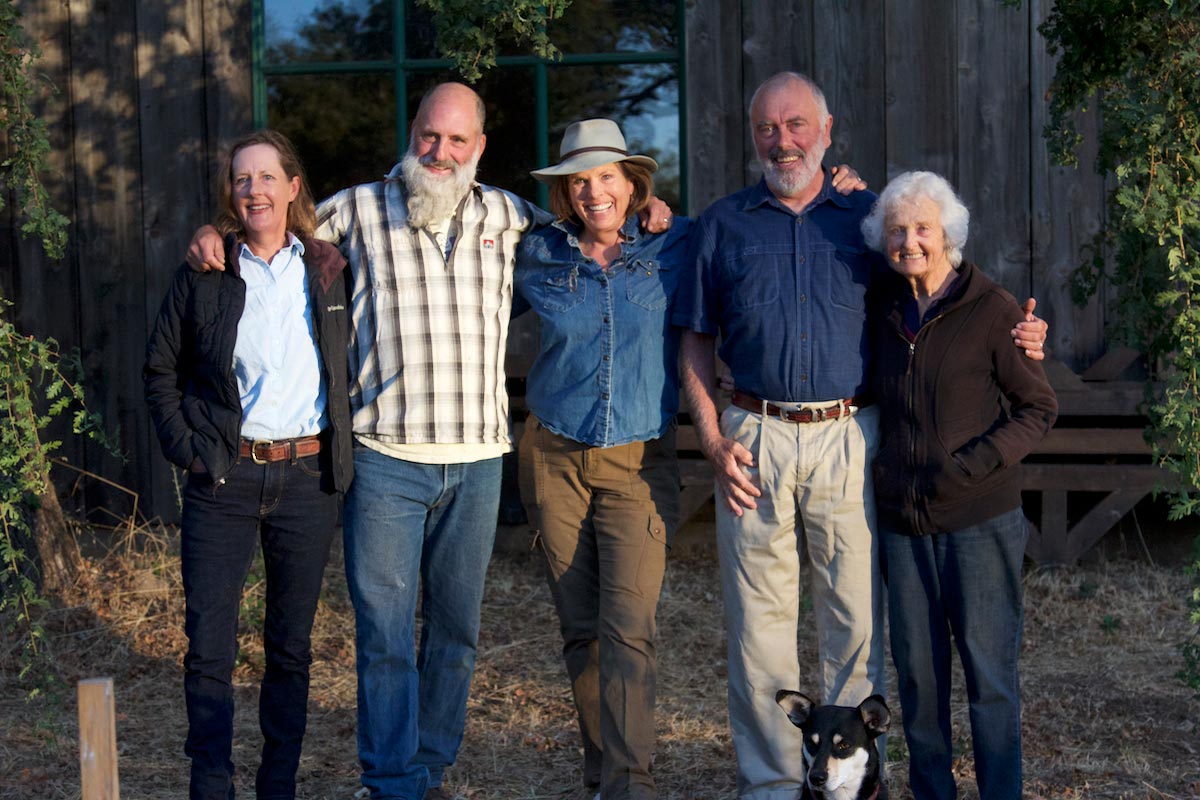 From left, Kate, Will, Arden and Ted with their mother Anne Teller.

The Bucklin Siblings—Arden, Kate, Ted and Will—have all found their way back to Sonoma after a few decades pursuing careers outside the valley. They are united by blood, but also by their passion for growing things and their commitment to the land their mother and stepfather purchased and tended together.

Arden Bucklin-Sporer and her husband Karl live in San Francisco but spend much of their time at Old Hill Ranch and Oak Hill Farm. Since 2004, Arden has been heavily involved in initiating and supporting school gardens and green schoolyards in the San Francisco Unified School district, including directing a non-profit organization for 14 years and co-authoring a book on the topic, How to Grow a School Garden; a Complete Guide for Teachers and Parents. In her spare time, Arden loves to catch fish and watch birds. Karl, a former ER doctor, is now the Medical Director for Alameda County.

Kate Bucklin lives on Oak Hill Farm with her partner Tom Hegardt, where they help Anne manage the farm. Kate learned the construction trade in New York City before returning to California. A PhD in Population Genetics, Kate was the Fisheries Geneticist for Trout Unlimited and has served on the board of Directors for the Teller Wild Life Refuge in Montana. In her spare time, she also takes part in artisan stone manufacturing with Tom.

Ted Bucklin lived in New Mexico for 15 years before Anne asked him to take over management of Oak Hill Farm and Old Hill Ranch in 1994. After managing the family farm for many years, Ted is now managing the Westerbeke Ranch along with his wife Wendy Westerbeke. They live in Sonoma Valley.

Together, the Bucklins are working to continue Otto and Anne’s legacy, honoring the family values of cultivating and preserving the land as they rehabilitate Old Hill Ranch.